Feradur is a young band from Luxembourg playing Melodic Death Metal. The band’s musical intention is to mix Old School Death Metal with catchy riffs in order to create their proper sound containing heavy riffs and epic melodies. Each song stands for itself but they all have a same contextual root: the decay of the human mind and the outcome of its pride and lunacy. Verdict: „Whatever place you call Hell, it ain’t far away…“. With these words begins the story of Feradur.

Formed in 2006, the band only found a first stable line-up in 2009. With the line-up came first songs and at the end of 2009 the band entered the DarkDeskStudios to record a 3-song disc called “Demoncracy”, which was released in 2010. After the recording of this first demo tape the band has played some gigs all over Luxembourg. New songs were (and still are) written and they are planning on recording a full-length album in 2011.

Their technical and musical abilities growing, Feradur will come to bring you Hell!

Kraton has been formed in 2011 and originates from the Grand-Duchy of Luxembourg. The band delivers a raw and gritty performance which is rooted in Death Metal and blends in various compatible styles. Thematically, the listener is invited to explore the dark corners of one’s inner self.

(Trivia: the band name is the german geological term for very old elements of the continental crust which are tectonically stable and rooted deep inside of our planet’s outer layer) 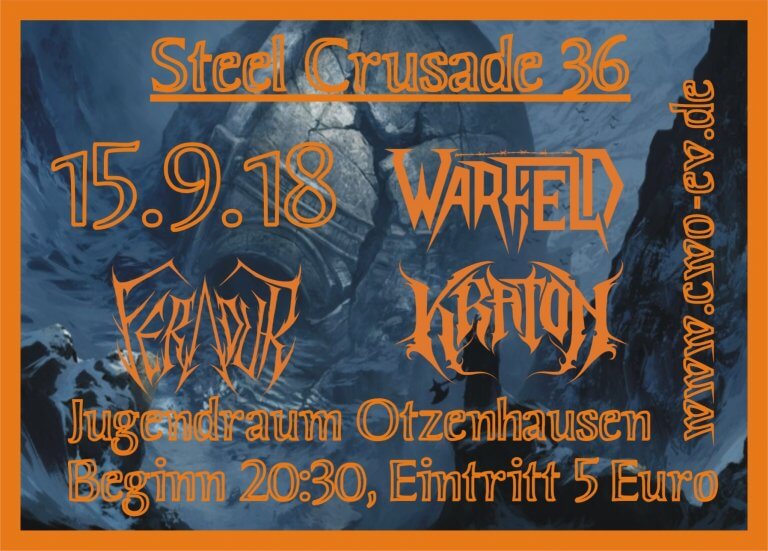